HomeEntertainmentAcapulco Season 2 Release Date: Who is the Cast of Season 2?
Entertainment

Acapulco Season 2 Release Date: Who is the Cast of Season 2?

The Spanish and English-language comedic television series Acapulco, created by Austin Winsberg, Eduardo Cisneros, and Jason Shuman, was influenced by the movie How to Be a Latin Lover (2017). Apple TV+ will host the series’ debut on October 8, 2021.

The second season of the show was ordered in March 2022, with the premiere date planned for October 21. Narrative summary for Acapulco season 2 on Apple TV Plus.

What is the Plot of Acapulco Season 2?

Where Season 1 left off, Season 2 will pick up with Máximo coping with unrest at the resort, unforeseen difficulties at home, and a new love interest who just might compete with the girl of his dreams. Maximo, with Don Pablo’s assistance, plans to one day run the entire Las Colinas operation and work as Diane Davies’ right-hand man at the resort.

It may not give away too much, but just enough is revealed for me to be intrigued by the upcoming season. And it’s wonderful to know that characters like Maximo will make a comeback. It’s looking good so far, but will it match the quality of the first season?

The second season will be made accessible on Apple TV Plus worldwide on Friday, October 21, at 12 a.m. Pacific Time. A two-episode premiere will be followed by one episode released every Friday. On December 16th, 2022, the conclusion is anticipated.

In the second season, where the first one left off, Maximo will continue to deal with changes at the resort, unforeseen problems at home, and a new love interest who might be just as alluring as the girl of his dreams.

Who is the Cast of Acapulco Season 2?

The main actors are as follows:

Acapulco, which is based on the 2017 movie How to Be a Latin Lover and was made by Austin Winsberg, Eduardo Cisneros, and Jason Shuman, will start airing on Apple in December 2020. 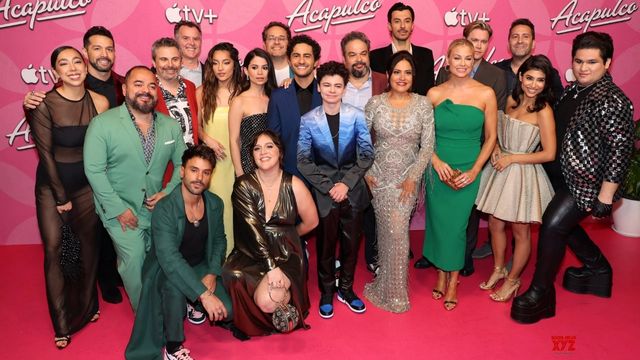 Gaz Alazraki was supposed to be in charge of the pilot episode and direct it, but in March 2021, it was announced that Richard Shepard would do those jobs instead. The first episode aired on Apple TV+ on October 8, 2021. Apple gave the show a second season on March 4, 2022, and the new season will start on October 21, 2022.

When the show was picked up in December 2020, Eugenio Derbez was set to star. In March 2021, the cast grew to include Raphael Alejandro, Damián Alcázar, Camila Perez, Enrique Arizona, and others. Regina Reynoso, Rafael Cebrián, Vanessa Bauche, Chord Overstreet, and Jessica Collins also started in April 2021.

How to Stream Acapulco Season 2

Is There a Trailer for Acapulco Season 2?

There is, yes! Look at it here:

The trailer shows that the sequel that got good reviews is back. This shows that there are a lot of people who like the show. It sounds like a child’s play. Then, all of a sudden, it says “darker times.” But it doesn’t look like the night will last for too long.

Overall, it looks like Apple TV Plus will be another big hit. It sounds like a fun, lighthearted show that helps you forget about problems in your life.

Will There Be a Second Season of Acapulco?

The trailer for Season 2 of the bilingual comedy show “Acapulco” is now on Apple TV+. The first two episodes of the show will air on October 21. Enrique Arizona plays Máximo Gallardo, a 20-year-old who gets his dream job as a cabana boy at Las Colinas, which is Acapulco’s sexiest resort. Eugenio Derbez also has a role on the show.

Will There Be More Show About Acapulco?

Raphael Alejandro and Eugenio Derbez will be in the second season of “Acapulco,” which will premiere on Apple TV+ on October 21, 2022.

Where Does Acapulco Take Place?

Even though the movie is set in the Mexican city of Acapulco in the state of Guerrero, it was actually shot in Puerto Vallarta, which is a popular tourist destination.

What is Alt Text for Image and Why Alt Text is Important for SEO?

Jack Johnson Net Worth: How Much Money Does He Earn From His Career?