HomeNet WorthKaitlyn Dever Net Worth: How Much Income Does She Make From Her...
Net Worth

Kaitlyn Dever Net Worth: How Much Income Does She Make From Her Career? 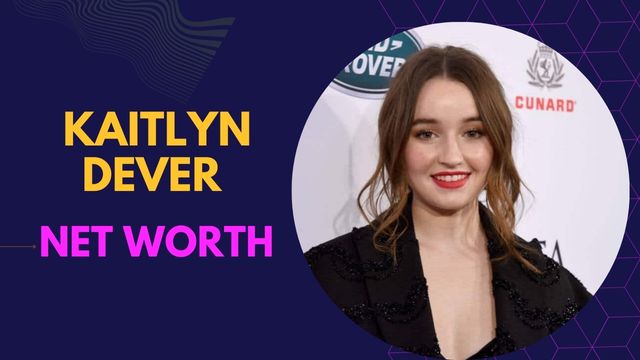 As of 2022, American actress and voice-over artist Kaitlyn Dever had a net worth of $4 million. The actress became famous for her roles as Marie Adler in the miniseries “Unbelievable,” Loretta McCready in “Justified,” and Eve Baxter in “Last Man Standing,” for which she became known all over the world.

Kaitlyn Dever started acting when she was young, and she has been in a number of drama TV shows and movies. She was also nominated for a Golden Globe for Best Actress in a Miniseries or Television Film.

In 2009, she played Gwen Thompson in the movie An American Girl: Chrissa Stands Strong, which brought her even more attention. There isn’t a single movie or TV show that put her on the map. Instead, she has done a lot of shows, and most of them have been huge hits.

Kaitlyn Rochelle Dever was born in Phoenix, Arizona, in the United States, on December 21, 1996. Tim Dever, her father, and Kathy Dever, her mother, are both figure skaters. Mady and Jane Dever are Kaitlyn’s two younger sisters. 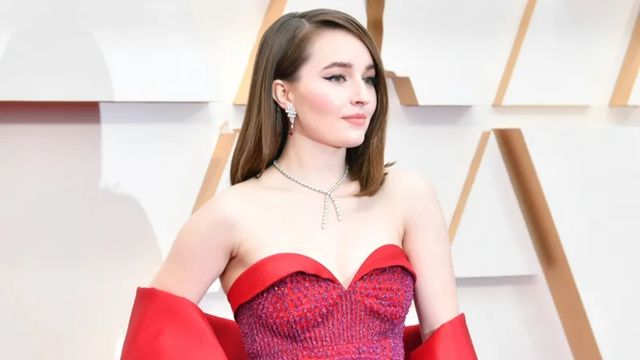 She wanted to be an actress when she was five years old, so her parents sent her to an acting school. Before she focused on acting, she did other things like gymnastics, ballet, and skating. Later, her dad got the chance to be the voice of Barney the Purple Dinosaur.

Because of this, the family moved to Dallas, where Kaitlyn took a one-month acting class at Dallas Young Actors Studio. While Dever was at this acting school, he was offered a few commercials, but his family later moved back to Los Angeles to take advantage of better opportunities.

Kaitlyn Dever’s first movie role was as Gwen Thompson in the fifth American Girl movie, An American Girl: Chrissa Stands Strong, which was released in 2009. The next year, she became well-known when she played Loretta McCready on the FX crime show Justified.

She then acted in shows like Last Man Standing, Make It or Break It, Modern Family, Private Practice, Party Down, Curb Your Enthusiasm, The Mentalist, and more. Dever played Sasha Abernathy in the 2011 comedy film Bad Teacher.

For this role, she was nominated for the 33rd Young Artist Awards. She then starred in movies like J. Edgar, Short Term 12, Say When, The Spectacular Now, Laggies, and Men, Women, and Children.

Kaitlyn Dever got to be the main character in two movies in 2019: the thriller Them That Follow and the comedy Booksmart. The actress was in the Netflix miniseries Unbelievable with Toni Collette and Merritt Wever in the same year.

She got a lot of praise and was even nominated for an award for how well she did in the series. She also started her career as a voice actor in video games like Uncharted 4: A Thief’s End and Open Roads.

In 2020, Dever and her sister started a band called Beulahbelle. Their first single, “Raleigh,” came out with a music video that Dever also directed and produced.

According to celebritynetworth, As of 2022, it is thought that Kaitlyn Dever’s net worth will be around $3 Million US. She is one of the most famous young actresses in the entertainment business. She is known for her hit roles in TV shows and movies.

The actress has been promoting many brands and has been in many commercials, including ones for Skate ‘N Tricks Puppy, Franklin Templeton Investments, Trix Yogurt, McDonald’s, Subaru, Kellog’s, Mattel Sizzle, Hallmark, Nintendo Wii, Gogurt/Shrek the Third, and many others.

The actress made her first TV show appearance in 2009 on the ABC Family show Make It or Break It. In the pilot episode, she played the role of the cute girl. If you liked this article about Kaitlyn Dever’s net worth and her life story, this is the end of it.

Then just send this great article to your friends and post it on your social media sites. We like to read what you have to say, and we will give you a full explanation. Thanks.

Share
Facebook
Twitter
Pinterest
WhatsApp
Previous article
John Boyega Net Worth: How Much Income Does He Make From His Career?
Next article
Star Wars The Bad Batch Season 2 Release Date: It is Officially Confirmed by Disney+!!

How to Integrate Minecraft Education Into the Classroom

How to Integrate Minecraft Education Into the Classroom